Web 3.0 and its Inevitable Impact on Fintech 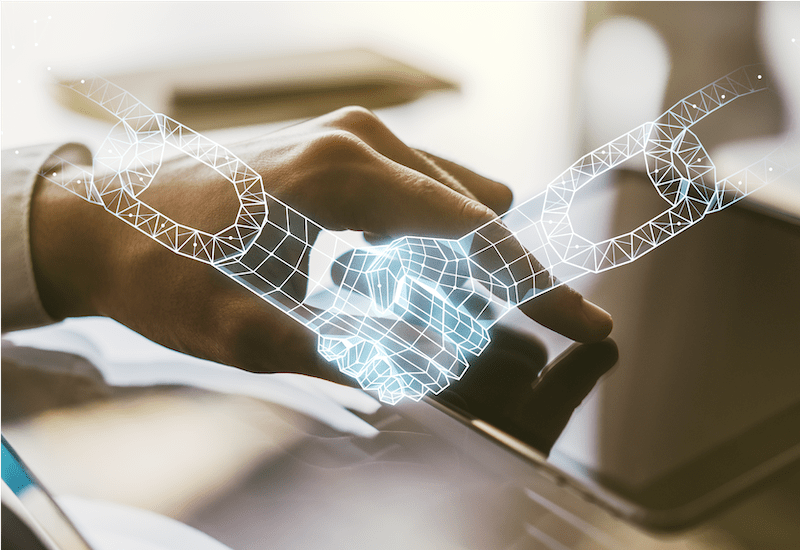 Web 3.0, or Web3, is a relatively vague term with a complex meaning. At its most basic, it could be viewed as an inevitable expansion of our digitalisation journey so far: a decentralised internet of value that differs from Web2 because it is more community-governed and user-focused.

The evolution of the Web can be put simply as:

More specifically, Web3 refers to a new and rapidly growing decentralised internet – held together by blockchain networks and the millions of devices connected to it, rather than centralised government and corporate datacentres.

Web3 also brings about new ways of thinking about finances – with autonomously created and algorithmically unique cryptocurrencies being the method of payment to own or trade unique digital items. Each transaction is then noted down by unique ones and zeroes in the perpetual blockchain. In this sense, it is intrinsically connected to a future where the digital and physical worlds are even more closely connected, such as in virtual realities like Meta’s ‘Metaverse’.

This innovative new way of thinking about networks may have little impact on most people’s ordinary, financial lives today. However, for any business, bank, or investor with their finger on the technological pulse of the future or the market trends of today, Web3 is something that can’t be ignored.

The hype for decentralisation

At its most idealistic, Web3 represents what could be the future of the internet: a world where the digital and physical worlds are closer and more connected, and where business is done, and things bought and sold, using digital currencies. Many of these goods, too, will be digital.

Currently, ownership of digital assets, or ‘non-fungible tokens’, still mainly appeals to a passionate minority or high net-worth individuals despite around 3,200 being sold per day on average, with some going for large sums. Yet, this is set to change, with NFTs expected to become more mainstream as digital worlds become more immersive thanks to new virtual and augmented reality technologies.

For businesses, this will mean new ways of selling and marketing goods, and new ways of being paid. ‘Decentraland’, for example, is a Web3 digital environment in which you can buy ‘real estate’ and build businesses, purchase and sell digital products, and even host events using the blockchain-based cryptocurrency MANA. However, today, this project remains incomplete – with reviews complaining about emptiness, poor graphics, slow loading times, and other technological or user-based issues. These problems exemplify how and why Web3 needs better software and new digital tools, as well as a broader, more mainstream user base.

Some companies have already made big steps towards setting up a Web3 virtual presence and connecting the physical and Web2 worlds with Web3. Nike, for example, purchased a company that produces virtual, NFT footwear called RTFKT. The fashion giant can now give access to exclusive, digital tokens on the blockchain along with its physical shoes. This connection between the physical and digital is a vital step in growing the popularity of and improving access to Web3.

Despite value seemingly more based on future potential rather than current worth, Web3 is a market on the move. In 2021, investors moved $33 billion into Web3 projects. With over $10.5 billion of this invested in Q4 alone, which is more than all of 2020, the growth is exponential – and will continue to be so.

Globally, the cryptocurrency market, which underpins all transactions made on Web3 programs and architecture, is today capped at $1.17 trillion. Although this is 37.6% less than one year ago after a year of market turbulence, such as in May, when the collapse of Terra Luna wiped $500 billion from the crypto market, it is still an incredible volume of financial trading.

With so much capital heading towards and passing through Web3, and the seemingly inevitable potential for much more, fintechs and financial institutions must become more involved in Web3’s digital innovations. This is vital for ensuring market integration between Web3 and Web2’s architecture and user base.

The volume of cryptocurrency being traded, as mentioned above, makes Web3 an incredible prospect for fintechs – with financial institutions needing to innovate how businesses and consumers pay and get paid in Web3.

However, as it currently stands, the growing worth of this market is down to its potential rather than its market size or position right now. Decentralised finance, or DeFi, which refers to the financial systems and players involved in Web3, blockchain networks and cryptocurrencies, is still a drop in the ocean compared to Web2 fintech markets.

However, it is also the fastest-growing financial sector – as in 2021, the Total Value Locked grew from $18.7 billion to $252.46 billion, a 12x increase. Although potentially dented by a recession and slowing consumer spending, this is a market set to continue growing as Web3’s user base, and the technologies that go hand-in-hand with it, expand.

Although, issues remain, with the main ones being compatibility and accessibility. Web2 institutions, players and users must be able to access Web3 for it to be anything more than a playground for techies and investors.

It would be foolish to deny Web3’s potential or bet on a world without this digital world becoming more integrated into our physical one. Financial institutions should ‘get in on the ground floor’ – as one day, Web3 infrastructure may underpin the majority of our financial activity in the way that card and contactless replaced cash, and apps replaced the in-store banking experience.